Originally my college graduate daughter had researched what type of goats we should get and found the craigslist posting for a pair of two week old Nigerian Dwarf doelings. I was more absorbed with closing escrow on our new home, especially since we had been living in rentals for the three years after moving to Washington from So. California. She is very persuasive and I am a pushover for new animals, so we took a two hour drive to go see them.

We pulled up to a beautiful horse property home and realized our goats would definitely be moving down on the social ladder but we thought we could make it up with a huge amount of love and enthusiasm. We had just made our decision to come back for these babies as soon as our house closed escrow when we discovered the kids’s mother, another doe and two young bucks were all for sale. As tempting as that was, we thought it best to start off with the two babies. Boo would be “my goat” and my daughter claimed the other kid and dubbed her ” Gilly”.

About 30 minutes after we left the owner called to say that her family had discussed it, and if we wanted them, the rest of the herd would be ours with just a tiny additional cost. We had discussed our mutual desire to make cheese and our farm philosophies and such, and  I guess they thought we were the right people for this little herd since they needed to find them homes due to some family health issues.

Boo and Gilly were surprises for the former owner who had purchased their young mother. I am guessing that their father was a larger dairy breed , most likely an Alpine. They both are a bit larger and have longer ears than Daisy. In 2017 , Boo had twins, a boy and girl, Scooter and Sabrina. Scooter was sold but we kept the lovely little Sabrina.

In 2019 we bred Boo again, this time to a different buck from outside our farm. She had two boys, we  sold the black buckling kept the little brown one that we named “Wilson”. I will share his story at a later date but this page is all about Boo. 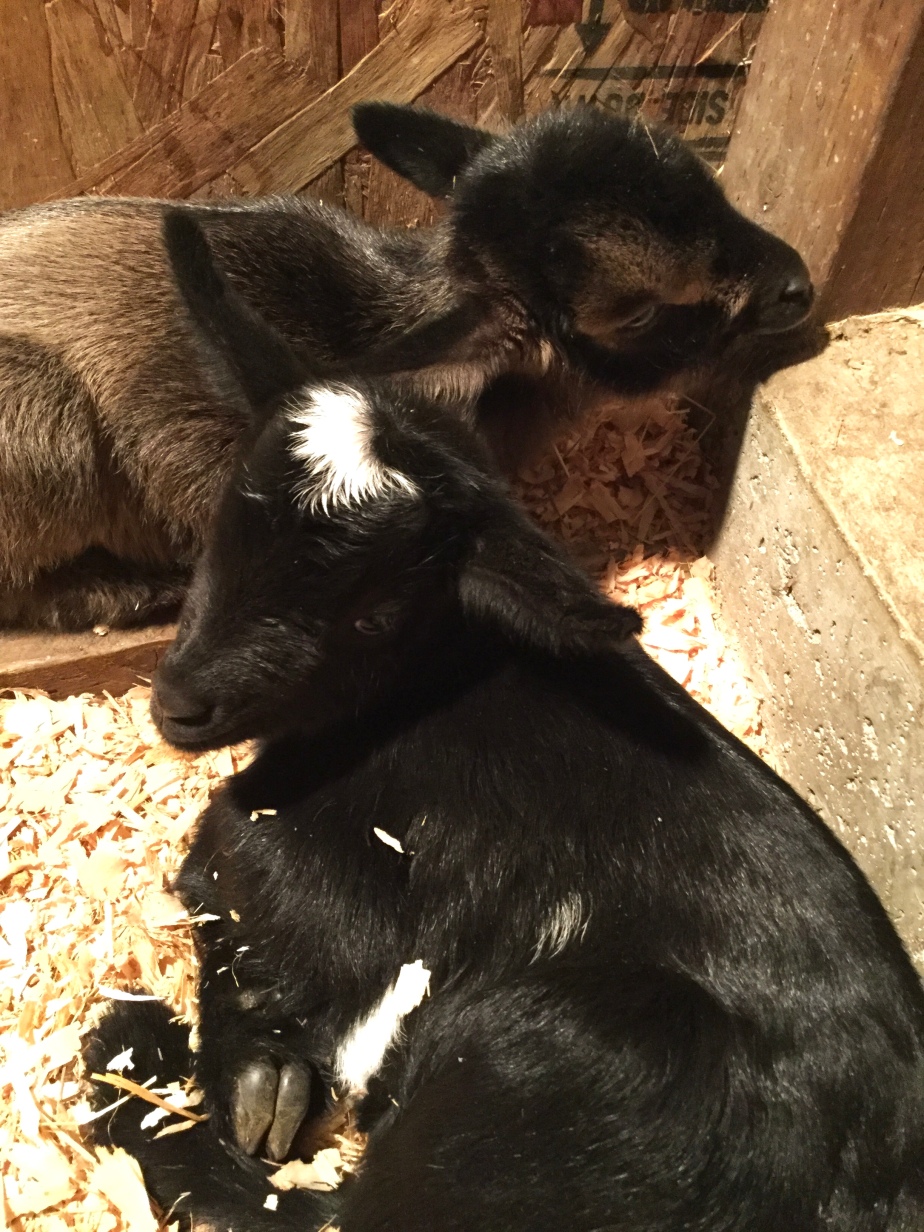 Boo is curious and can often be found doing something she shouldn’t be doing ( like getting into the duck house) but there is always “that one” in every crowd.

We Wrote a Book….

The Smith Farmhouse Characters is a book of positive lessons for children delivered through stories of our own sweet and silly farm animals. The lessons we learn from the farm can be applied to our daily lives so that we may become kinder, happier and more grateful individuals. Each story page closes with a simple question that you may use to initiate a thoughtful discussion with your child.

This just might be my favorite goat born on our farm... if only he was a girl. But.... this little guy and his brother are going to @noochvalleyfarm lucky little kids! #kiddingseason2021 #bucklings #notagirl #sigh #luckygoats #noochvalleyfarm #thesmithfarmhouse
Piggie stampede #yeehaw #piglets #runnersofinstagram #farmlife #thesmithfarmhouse
This guy likes to steal things he thinks are high value to me in order to receive something of high value to him.. ie ... dog cookies. #hostagesituaton #breadpans #gimmethecookies #farmdog #thesmithfarmhouse
Naughty girls... broke out and ate a half a bucket of grain and made a mess. As if this week hasn’t been hard enough , now I have to make sure they don’t get sick. #lifewithgoats #badgirlsclub #Boo #Sabrina #Twiggy #whatchagonnado #thesmithfarmhouse
We let some of the babies out into the pasture and I think they liked it. #zoomies #babygoats #zoomzoom #kidswillbekids #justkidding #farmlife #thesmithfarmhouse
Boo’s two little guys ... With all these babies we may need some help giving snuggles. #babygoats #snuggletime #volunteersneeded #thesmithfarmhouse