There has been a lot happening on the farm the last couple of months even though I was remiss to share the progress we have been making on this blog. I apologize for seemingly falling off the planet, but I assure you all is well and thriving here at the busy Smith Farmhouse.

It was sometime in March that we attended a one day extension course from WSU on growing your small hobby farm to a small business. There were great ideas presented on using the resources on your land, including making maple syrup from our broadleaf Maple trees that we have growing here in the PNW. We were actually successful at our first attempt at making syrup but I will have to share that story with you in a later post. The most important point I took home that day was the location of our well head in relation to our animal pens.

100 feet is the distance that your livestock should be kept from your well, mine were well, much closer. Can I just be honest and say that they were pretty much on top of it? We actually built our initial pens connected to our well house. This is what happens when you get keys to your new house the same weekend you get a small herd of goats and convenience completely clouds out your common sense. Sitting there in a small classroom setting all I could think of was how we were going to get everyone moved as quickly as possible. This was an especially difficult task with baby animals being born, hatched and brought home at a rate even I was getting overwhelmed by.

We hatched a plan, which I have dubbed “Project Runway“. We may not have used scissors and thread but there was an abundance of material needed to “Make it Work“. We gathered all of our pallets, not the color palettes mind you but wood pallets that every good farmyard has hidden somewhere and started constructing ducks houses and chicken coops. 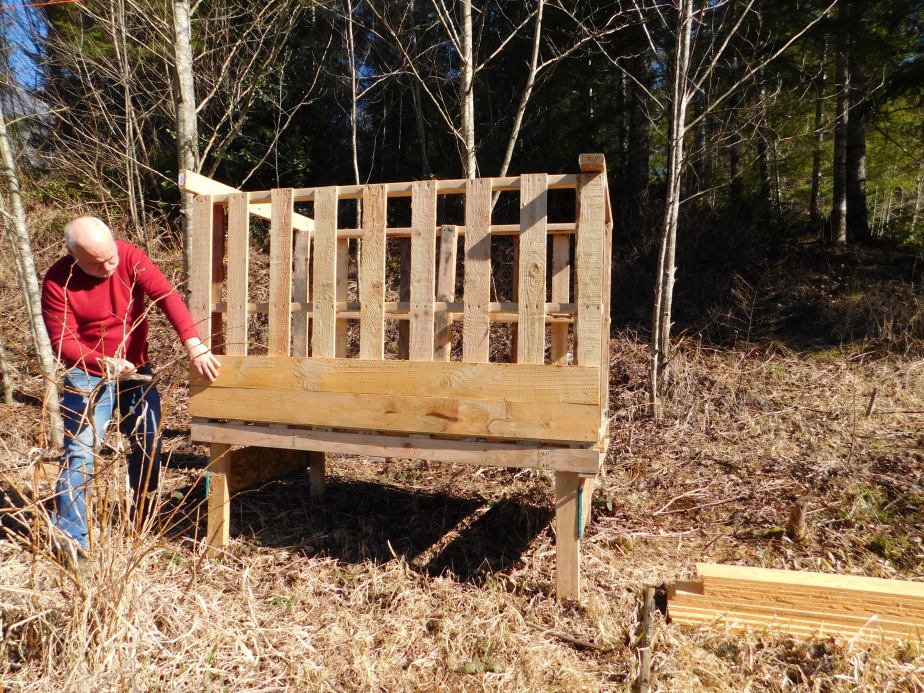 We decided to build at the base of the hill next to our goat pasture so we could create a  “runway” strip of free range pasture for our flocks, hence the title of our project. Along with the whole actual farming thing you have to manage the social media aspect and find creative ways to attract attention, so there it is…. my attempt at it anyways. So, we decided on erecting three 12′ x 36′ pens with an access gate between the 2nd and 3rd pen. In each pen we included  a 6′ x 3′ house and an an additional 3’x 4′ house in the middle pen. 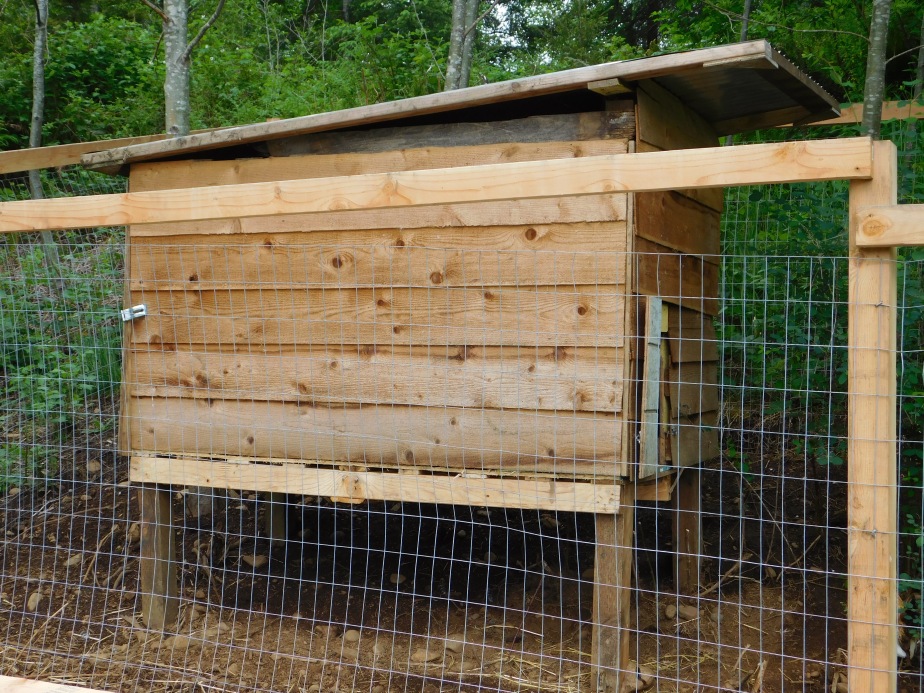 For fencing, the decision was made to use 2″ x 4″ welded wire instead of poultry wire. The cost was almost the same and it gives us more flexibility to use the pens for other livestock in the future and a greater strength for protection. It was not an easy task to roll out wire on a slope, thats all I am going to say about that because there were enough words shared during the process. We did our best to keep the lines straight and level but all in all it has character, that is the nicest way I can say we did our best and we are happy with the outcome. I would apologize to all the perfectionists and professionals but hey, they don’t have to live in it so I won’t. I am more than happy with how it turned out and it gets the job done so if you are one of those who get a little dizzy with lines that aren’t level just squint or look away and you will be just fine. 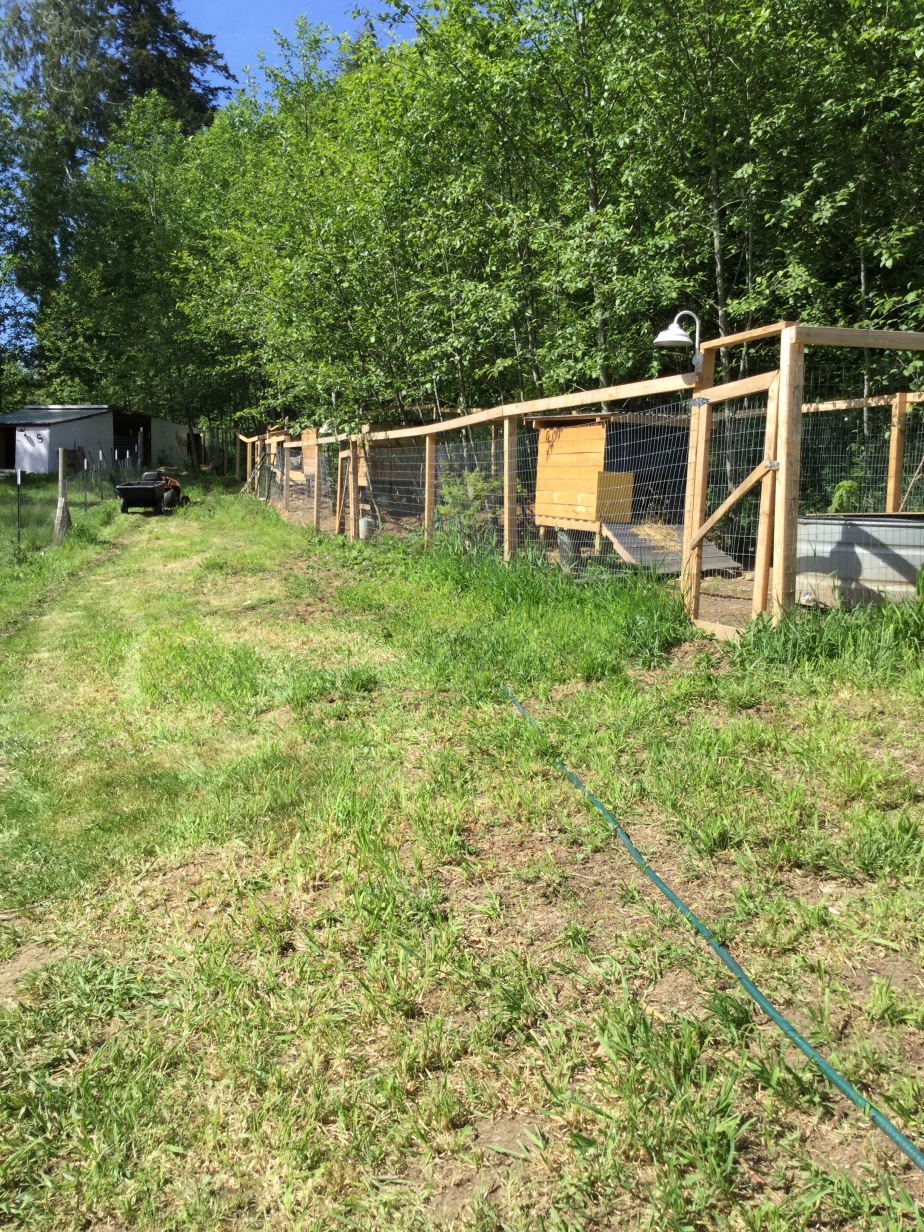 The project was a success because we stayed in budget and nobody got hurt, and most importantly the ducks and the chickens seem to really enjoy their new enclosures. They now have trees and bushes to hide under for protection from predatory birds and relief from the summer heat. One of the bonuses of the completion of this project is that Farmdog now has access all the way to the goat barn and can enlarge his area of patrol. He especially enjoys chasing away the birds who try to steal feed and the occasional egg laying on the ground. 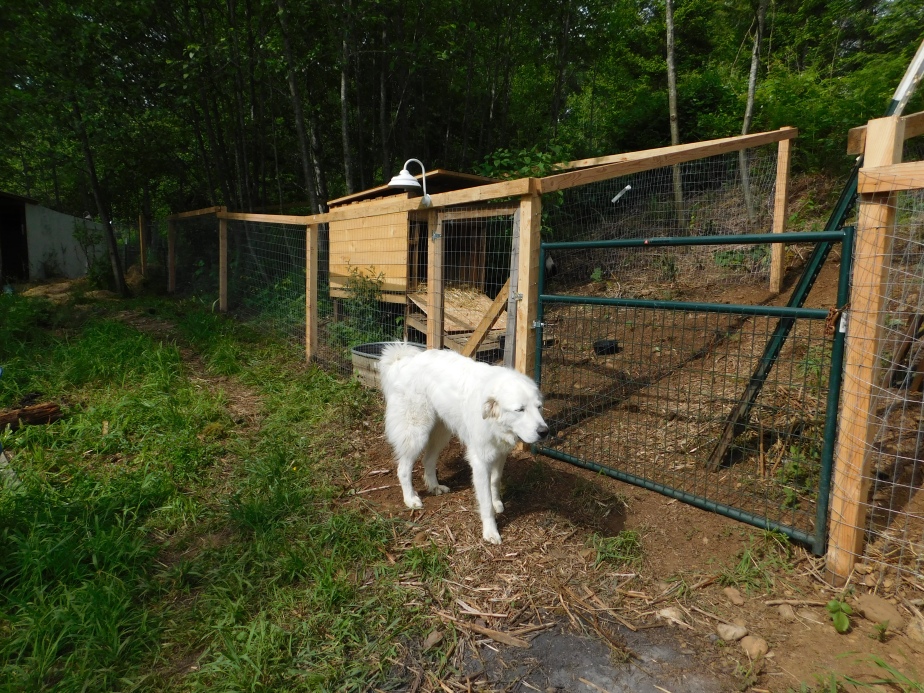 We may have intended to attempt this project at a later date but I am glad we were forced to do it this spring. It is going to make such a huge difference to our farm and help move us closer to becoming the self-sufficient farm business we want to be. This will mean many more projects ahead, maybe not quite as big as this one but who knows… they might even be bigger! We may face difficulties from the mistakes we make along the way, but if we learn from them and move forward, we are stronger and wiser for the experience. So, don’t be afraid to make mistakes, because not even trying is the biggest failure of all.

(At some later point I will write about another big project we completed… Chicken Tractors! You can get a little glimpse of them behind our very happy ducks enjoying their new home.) 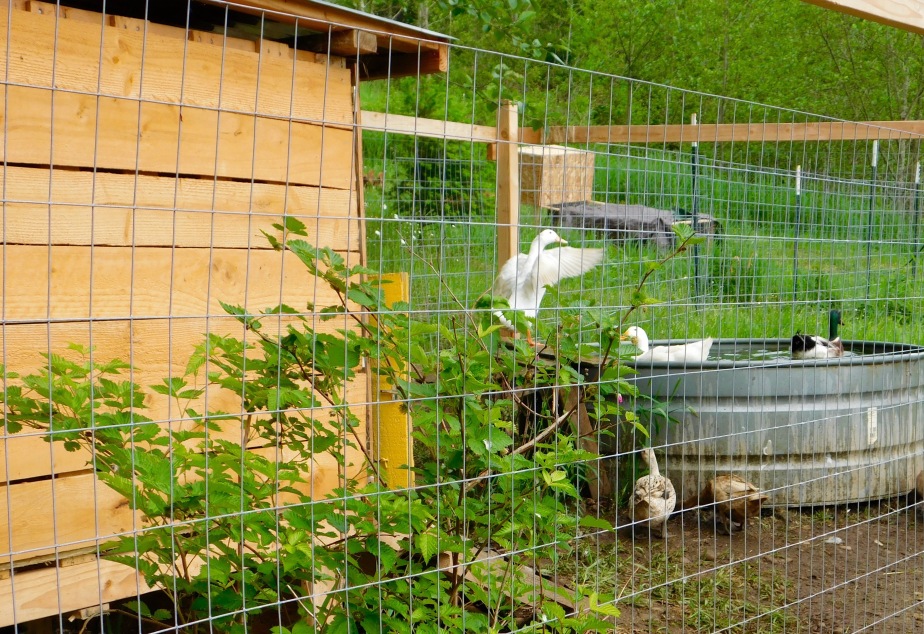