On Mother’s Day, 2019 I decided to face a long time fear of geese and brought home three little goslings to the farm. Blue is the Buff Goose and Charlie and Echo are White Chinese. Not only are they entertaining to watch, they are useful as “watch dogs”. They make quite a noisy racket when anything approaches the poultry yard which is exactly the reason I wanted them.

At first we all seemed to have a pretty good relationship. When they were little I enjoyed watching them stretch out their necks and run around wings extended like they were pretending to be airplanes. They were oh so amusing , but “Oh Boy!”  do they grow fast! This picture was May 2019 .. 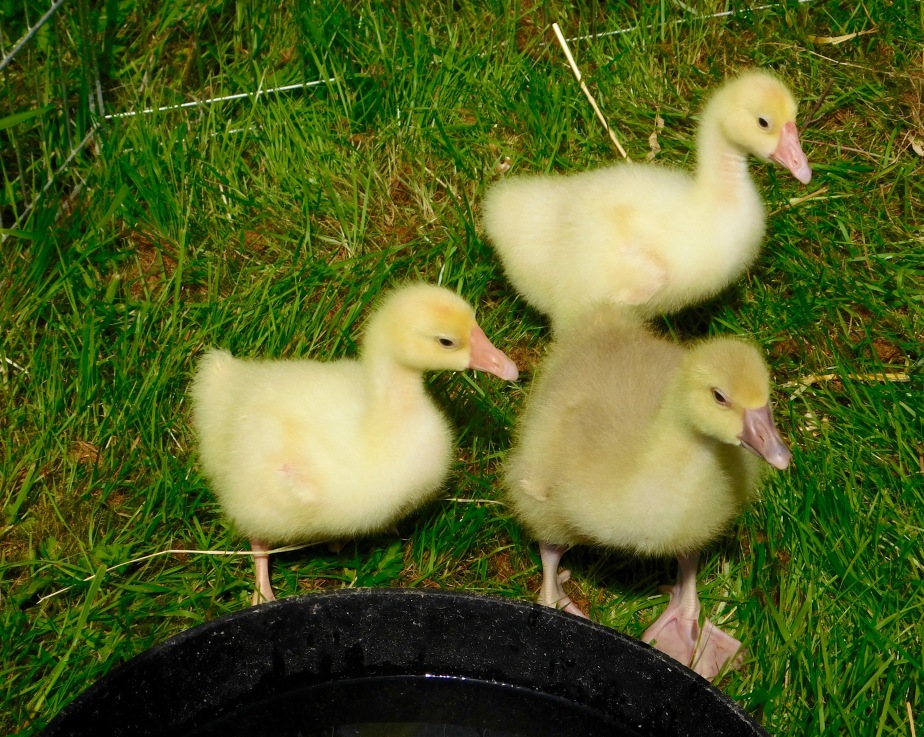 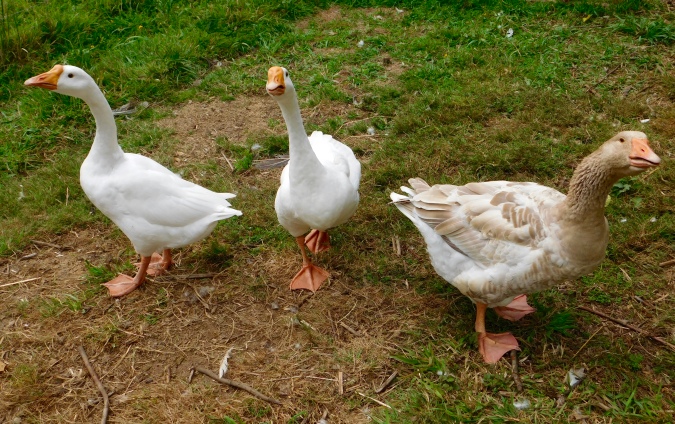 Everything was going great and then March 2020 Echo laid an egg! We were so excited! The only problem was, Bleu and Charlie were super excited as well! If you live on a farm you learn that too many boys can be quite a problem. They began fighting each other and chasing poor echo relentlessly. So we made the decision that Bleu needed to find a new home!

Bleu’s new home was closer than I realized and a week later he somehow found his way back. After contacting the new owner and another goose round-up he was transported to his new home where he once again meandered back. We once again re-united this persistent goose with his new owner….I think Bleu has settled into his new surroundings; Charlie and Echo seem to be pleased with having the pasture for themselves.