Last year for my birthday my husband bought me three call ducks. Yes, I am the girl who prefers ducks over jewelry and other more common gifts from her spouse. I had seen bantam ducks at the local fair 4 years ago and planned right then to acquire some as soon as I was able to. We took a rainy hour drive to pick up a little drake and two hens. Since call ducks originated in the Netherlands I decided to give them dutch names so we are introducing our little Smith ducks to the world as Pim, Pippa and Peeta. I absolutely love them and discovered they are a great fowl to have in the PNW as they love water. My three spend a majority of their time floating in their pool, even in the rain.A few months later we brought home two breeding pairs of Pekins. Introducing : Ping, Pong, Poppy, Peony. Ducks are so fun we added some ducklings two Kahki Campbells and two Welsh Harlequins and Then we brought home few more Welsh Harlequin ducklings: Sunny, Luna,Goldie and Luna. We then tried hatching the Pekin eggs in the incubator but the only one that hatched was Pocket, named that because she was lonely and I would carry her in my pocket. We searched and finally found a friend for her, another duckling we named Polly. I actually ended up with a few more that became Pocket’s crew. They love going everywhere together. Recently we had another lone hatchling in our incubator a tiny Call duckling we named Huckleberry. 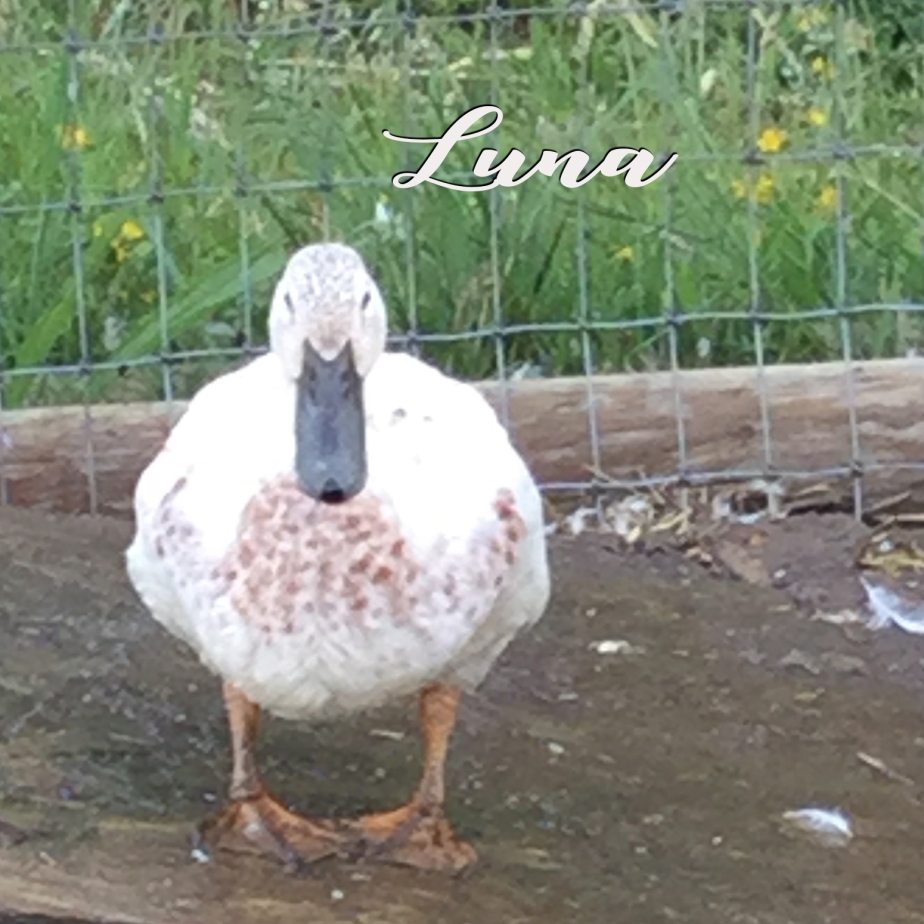